Anything Is A Blessing 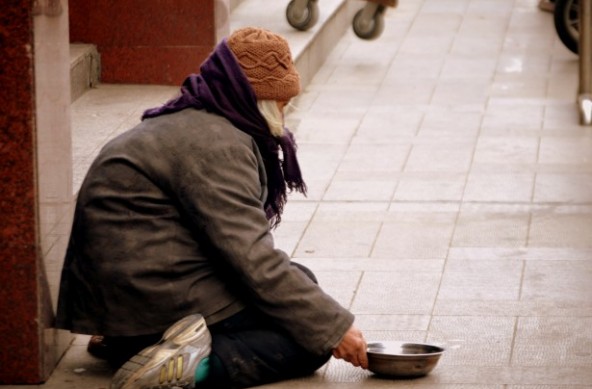 Her sign said “ANYTHING IS A BLESSING.” Every penny of the dime to my name is accounted for but I had an unopened Mnt Dew and the affections a big lovable dog, Max. I thought hey that’s something, right?
It was and she had smiles and seemed to really appreciated it. As I was leaving she followed her thank you with a statement that struck me…  Despite my seemingly tiny contribution of which I hoped she would receive in good spirit her statement really said something about our society and our willingness to be more giving in our everyday lives in the most practical of ways.

Oh, what was that statement she made?

God bless you.  Most people won’t extend a look my way let alone a smile and your gesture gives me hope – it is a blessing.

Good – if I can be an example of giving even if with ANYTHING – well I truly have plenty and of this I am grateful and because I have gratitude, I am happy and because I am happy it’s possible to give out my smiles and handshakes without bias or partiality toward another’s place in time and space.

Entertain strangers for in doing so you might entertain an angel.

It doesn’t matter what we perceive of the characters we try to ignore in our society because the reality is they are human just like anyone else.  I can empathize with them in that alone and determine they are deserving of my expelling that happiness driven by my gratitude and guess what – it rubs off and returns ten fold!   Even if it’s ten fold the five minutes I gave I still get more than I put in…
Homeless by Peter Griffin

"I love working on WordPress development!"